What ACW Members Say About Self-Publishing

‘Self-publishing is big. And it’s getting bigger!’

It’s the fastest-growing segment of the book market, capturing over 40% of sales in 2018. For a growing number of authors, it’s the best way to actually make money.

Until recently, the only alternative to enduring a thousand rejections to earn insignificant royalties, was printing your book privately, with 500 copies languishing in the garage and a hefty bill.

Modern Print-on-Demand services allow other routes, depending on how much you are willing (or able) to do yourself. Two broad categories, Indie and Hybrid, span the gap between traditional (publisher funds production, author makes pennies per book) and so-called ‘vanity’ publishing (author funds everything, publisher makes a profit). 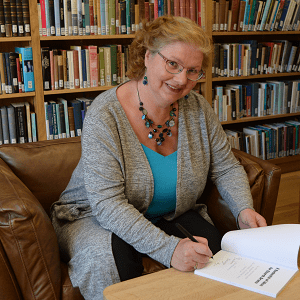 Hybrid publishing is the mid-ground, with publishers sharing financial risk with authors. The publisher checks manuscripts for saleability (unlike ‘vanity’ presses) and provides editorial services, distribution and sales. The author often commits to buying a certain number of copies. Royalty payments are higher than with traditional, but lower than indie publishing.

Indie (independent) publishing is relatively new, with platforms including Amazon’s KDP, Apple Books, Ingram Spark, Lulu, Smashwords and Kobo. The author provides editing, design and artwork; the publisher publicises and sells the finished books, paying royalties of up to 70%.

According to the Alliance of Independent Authors, “indie authors earn more”, so if you want an income, this might be a good choice. But if writing is more hobby than career, self-publishing offers a route to a shiny new book which is not littered with rejection slips.

It costs from zero to £1,000+, depending on what you can do yourself. You can even have ISBNs (if you want bookshops to sell them; E-books do not need ISBNs).

Self-publishing can be an enjoyable hobby, or a great way to build a profitable career. What will your next step be?  Check out the useful websites below. 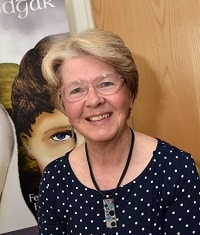 Author of Historical Fiction and Walking Guides for the West Midlands

Available from Heather’s books (she writes as Fenella Flack and Fen Flack) are on the ACW bookshop at https://christianwriters.co.uk/historical-fiction

To compete in the market with traditionally published books, we need to make our self-published books look as though they have been through the same process.  The cover is vital, so, for novels, I have used a graphic designer who has a reservoir of illustrators and she suggests an appropriate one.  Getting the illustration right can be a painful process and the subject of much prayer, but once the illustration is in the hands of the graphic designer, it becomes something beautiful.  In addition, the cover should have a bar code (free from terryburton.co.uk/barcodewriter/generator) and perhaps a logo, as well as the usual blurb, review comment and price.  When writing a series, “branding” is important – the books need to look as though they belong together.

The inside should also look good.  Too many self-published books use a small size of print.  I use Times New Roman 12, with decent but not excessive margins.  Any maps also have to look professional; I use a free program called Inkscape.  I also always use a professional proofreader.

For the walking books I didn’t use a graphic designer.  My own photos are on the front and the back and my printer can do the finishing touches with title, author etc.  They are spiral-bound for ease of use when out walking and the books are small enough to go in an anorak pocket.

Think about the size.  What size are other novels or books in the same genre?  How will it fit on a shelf?  How thick is it?  “Ironside” has 284 pp and posts as a large letter.  The sequel “Edward the Exile” has 382 pp and is too fat to be a large letter and has to go as a parcel.  I found that out too late.

To help with marketing I have a website which is www.flackbooks.weebly.com.  Weebly do a free website if their name is left in the title. 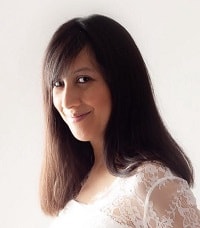 Karen’s books are available from the ACW bookshop at https://christianwriters.co.uk/children-and-ya/

Along my journey, I had a few publishing opportunities for my first book, ‘In Search of Livi Starling.’ However, God strongly told me to turn those opportunities down. I’ll admit I found it hard because I really wanted the prestige and validation that comes from being a ‘proper’ writer.

One day, I was at a conference and was praying about my books. I wasn’t sure how I was supposed to get them ‘out there’ if God kept closing doors and I wasn’t sure I wanted to write the entire Livi Starling series for nothing. I told the Lord I would go to the back of the room and I asked him to send someone to give me a word about writing if he’d really called me to do it. At the back of the room there was a wall filled with prayers. The first thing I saw when I reached it were the words: ‘You are not a writer because those who have the power to publish you choose to publish your words. You are a writer because those who have the ears to hear are touched by your words.’ I have no idea who wrote it as it was very out of place amongst all the prayers of petition and thanksgiving. But it certainly gave me the confidence I needed to trust that God was with me.

Several years later, God told me to set up my own publishing company and publish my books myself. I was disappointed. I struggled to let go of the desire to be published ‘properly’ or to be affirmed by a ‘proper’ publisher. Self-publishing carries a lot of stigma and I was reluctant to go down that route. But then I had a timely email from a friend. She said she’d been praying about my books and had been reminded of the time Israel wanted a king so they could be like the other nations instead of trusting God. She said if God had authorised me to write then I didn’t need any higher validation. So that gave me the push to get on with it.

I have published two sets of books under my own imprint, Pure & Fire (the Livi Starling series for young adults and the Celery Brown series for 9-12s). I mainly use Ingram Spark so my books are available online through all the main retailers including Amazon, Eden and Waterstones. In the UK, my books are distributed to Christian bookstores and conferences through CLC Kingsway Trust (formerly CLC Wholesale). eBooks are available through Amazon.

I don’t believe that self-publishing has to be a ‘Plan B’ or a lesser way to get your books out. I do, however, believe you have to be prepared to work hard to produce a good quality book and overcome some of the obstacles associated with self-publishing. More than anything, people really do judge a book by its cover so getting a properly produced cover is a must! 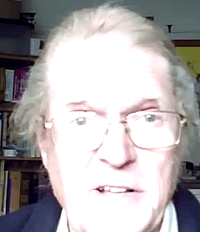 Author of Books on Ministry and Fantasy, and Biographer. Self-Publishes from Scratch.

In 1989 my father decided to write his memoirs – would I help produce them? Assembling the text and photos was easy. He wanted thirty copies. I discovered a local bookbinder, who told me what to do, and produced lovely hardback books with marbled cover paper at £30 a copy. Then my mother asked whether her uncle’s book for children King Blacksack and His Sword might be brought back into print. I decided to try my hand at book binding to save money. My thirty paperback copies, done with the aid of a print shop, were adequate. The cutting, gluing and sewing were fun.

By this time I had my own book to produce, about how I had tried to lead a church with integrity, rather than simply copying what everybody else did. After failing to find a publisher, I had 2200 copies of The Priorities of Jesus printed by Page brothers of Norwich. The cover was simple – black letters on red card.

One reader I respected said I wrote well, so I tried my hand at a novel The Piano Teacher and had 600 copies printed by Page brothers. I didn’t approach publishers – too depressing! I designed my own cover, which was a big mistake. I also chose size 12 print to make it easy to read, but that swelled the number of pages and made the book feel like a brick. Mailing it to people cost more than it might have done. (Think about weight and thickness. Keep it short!)

Recently, I wrote another novel, The Garden of the Galaxy, asking the question, how are we going to have a galaxy-wide society if communication is really limited to the speed of light? Are we sure we have understood relativity correctly? The central character was the big gun. It had a barrel one hundred million miles long, for firing off microscopic spaceships. This time I had 1000 copies printed, made no attempt to sell them, but sent them out as Christmas presents instead. The cover was done by a great niece and is pleasing. Size and weight were sensible. The long-suffering staff at Page brothers were still the same. Fun.

I have spent the equivalent of several foreign holidays on my hobby over time, but my attitude is that all hobbies cost money, and I have only written what I believed was important. If others don’t agree, that’s their problem!

Will the books last? Creating our family history in a hard back book bound by me was a good move, I reckon, as it is less likely to be thrown out during spring cleaning. Family history only interests older people, and it is good if it is preserved for the younger generation growing up, because they may appreciate it one day. Making it something they feel they must keep seemed sound.